Tom Dudgeon is the skipper of the Titmouse and leader of the Coot Club. He is the older son of Dr Dudgeon and Ella Dudgeon and older brother to "our baby".

Tom is older than Dick; he refers to "young Dick" in CC16. The "scrap of grey flannel" from "sombody's trousies" (BS18) is like what Tom wear says Pete; suggesting that Tom is old enough to wear long trousers like George Owdon and Ralph Strakey. However he is shown in short trousers in various pictures (eg BS1,10). Dick thinks when he first meets Tom that hundreds of boys wore flannel shorts (CC1).

Tom is a bold, daring boy who likes a challenge. He jumps aboard a moving train in Norwich, and takes "a flying leap" onto the Teasel in Beccles to tackle suspected intruders.(CC1,22)

Tom lives with his parents in Horning, but because the coot with the white feather is described as being watched during school time by Joe, Bill and Pete (and not Tom) this may indicate that Tom attended school far from Horning.

According to Christina Hardyment , in letters to the Reynolds, Ransome planned Coot Club with the theme of Bird Protection, and having a P.B. or Principal Boy .... aet. 12 or 13 …. living say at Horning (CFT p123).

Coot Club's dedication is "To the Skipper of the Titmouse", suggesting that Arthur Ransome modelled Tom on someone. 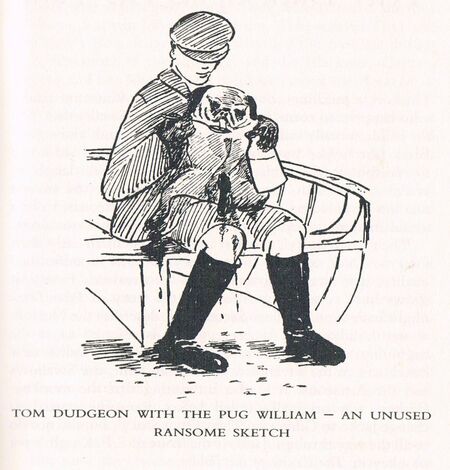 This article is a Ship's Baby. You can help Arthur Ransome Wiki by giving it some cream puffs.